The conference was opened with a plenary lecture by Prof. Alain van Dorsselaer who summarized the main work he and his group has done on mass spec during the last 30 years. One of the key ideas, that came up several times in his talk referred to the fact that endless possibilities are accompanied by extreme data load. The amount of data in LC/MS/MS is huge and it is very complicated to analyse these massive data sets. Several other scientists, including Prof. Andreas Roempp and his group, also stressed the importance of transparent and open source data analysis and storage that could eventually simplify the data treatment. These ideas strongly resonate with my own ideas of applying more data science tools in primary data treatment in mass spectrometry, as today the data processing is by far limiting the progress in several fields of analytical mass spectrometry. Mostly this is the case for fields, where the science is still in the “discovery” stage; meaning that the scientists aim at finding the important compounds and yet do not know which these compounds could be. Such fields include metabolomics, proteomics, environmental science, etc.

Prof. Philippe Schmitt Kopplin stressed the importance of high throughput in metabolic sample analysis and explained why dissolve-and-shoot approach (flow-injection or infusion combined with MS) is often most practical. Also, he showed several case studies where marker compounds could be reliably identified with this simple approach if accompanied with efficient and accurate data processing. A particularly interesting example was a case study of 170 year old wine from the bottom of the Baltic sea.

Prof. Carsten Engelhard showed an extremely clever, almost brilliant, method to analyse nanoparticles with simple dilution&infusion experiment. The infusion of homogeneous solution to ICP-MS instrument causes a almost constant signal with small random variations. However, if the solution of nanoparticles is infused to ICP-MS, most of the time there is no signal (only noise). When one of the nanoparticles enters the plasma a signal suddenly occurs causing a peak in the chronogramm. The height of the signal reflects the size of the nanoparticle and the number of peaks per volume indicates the concentration of the nanoparticles.

Prof. Thomas Kraemer introduced us to the world of forensic analysis. Particularly, he focused on MALDI imaging techniques, that allow revealing drug intake or exposure to toxic compounds. For this purpose his lab is using two types of samples, the traditional hair and lately also toe nails, to overcome the problem arising for hairless people. Interestingly, the single hair analysis also reveals time resolved information with high precision; therefore, allowing to distinguish between one-time and long time exposures. 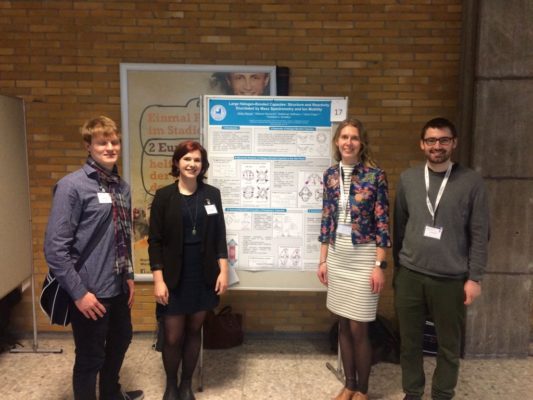 With friends from FU. 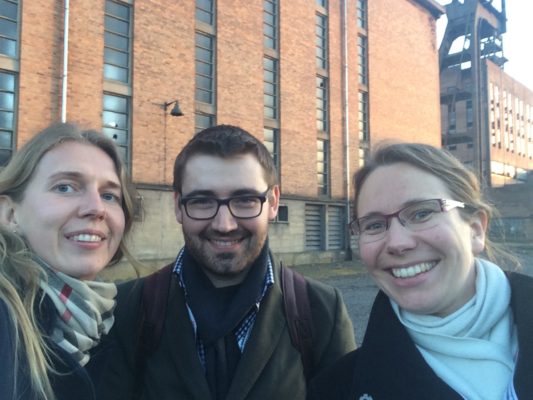 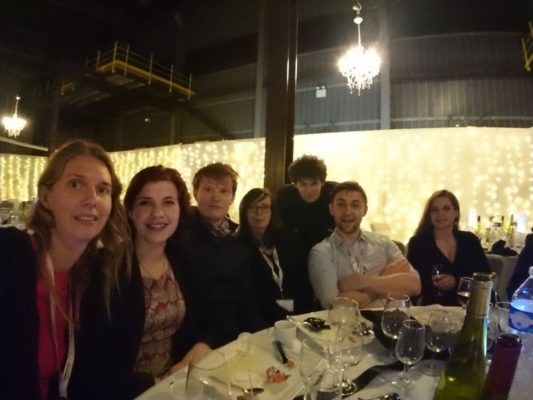